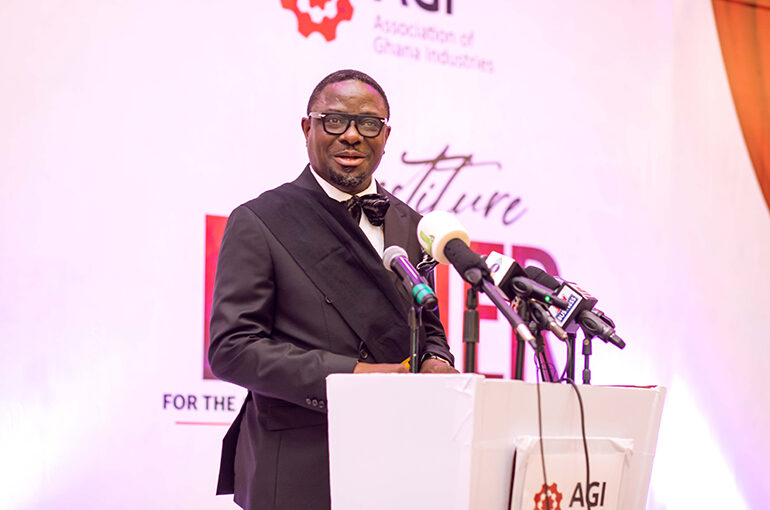 The president of the Association of Ghana Industries (AGI), Dr Humphrey Ayim-Darke has said Ghana’s manufacturing sector would shrink due to the benchmark discount policy.

Dr Ayim-Darke, who said his during his investiture as the president of AGI in Accra, explained that the growth rate of Ghana’s manufacturing subsector was not the best and the discount policy on benchmark values would even make it worse.
“For a manufacturing sub-sector, that has seen an average growth rate of about 4.6% in the last eight years, this benchmark discount policy may only worsen the state of the sector,” he said.

The AGI president said government by implementing initiatives such as the One-District-One-Factory, Planting for Food & Jobs, the Industrial Enclave Development had chosen the path to industrialization over an import-driven economy.
He said the AGI lauded these industrialization initiatives because it would improve the poor growth of the manufacturing sector.
“With over 100 factories established under the 1D1F, it was a milestone that brought us excitement and high levels of expectancy, for the promoters, the districts and the economy,” he added.

Dr Ayim-Darke, however, noted that: “subsequent developments with the Benchmark Discount Policy and its repercussions, gave room for major concern, for the current and future promoters and investors in industry.”
He, therefore, urged government to remain resolute with its decision to reverse the discount on the benchmark value which it indicated in the 2022 budget statement.

“We also entreat Government to continue to engage industry, for the ultimate betterment of our country and our people, in the view that, industry creates jobs, generates revenue and sustains economic advancement …permit me to quote John Gay “In every rank, both great and small, it is industry that supports us all”, he said.